Foreign investors are able to obtain Cypriot citizenship if they invest in the country’s economy, including a € 2 mln investment in properties which can be sold in five years after the passport issuance. 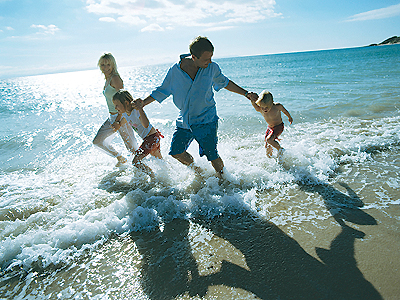 Non-Cypriot citizens who meet certain criteria and fulfil the terms and conditions outlined by the Government of Cyprus may apply for the acquisition of Cypriot citizenship through naturalisation by exception and enjoy the benefits of being citizens of the European Union. Investors can apply for Cypriot citizenship by submitting a stand-alone application, upon making an investment of at least €2 million which must be retained for a period of five years and a €200,000 contribution. Of this sum, €100,000 goes to the Research and Innovation Foundation of Cyprus and €100,000 to the Cyprus Land Development Corporation. Prior to naturalisation, the applicant must possess a residency permit in the Republic of Cyprus for a period of at least six months. Learn more about the investment options available to you below.

If the investor buys property which was previously used for the purpose of the Cyprus Investment plan, the total amount must be at least €2.5 million.

If the applicant decides to purchase residential properties, he/she must have invested at least €2 million in one or more properties, provided that the value of one of the properties is at least €500,000 (excluding VAT), which must be kept as the permanent residence of the investor in Cyprus.

Purchase or establishment or participation in Cypriot companies or businesses

The applicant must have invested participated in companies / organisations established and operating in the Republic of Cyprus with investment costs of at least €2 million.

Investments in the shipping sector are eligible.

The applicant must have bought units of at least €2 million from any of the above in investments that meet the criteria of this Programme or in areas approved by the Minister of Finance.

Combination of the aforementioned investments

The applicant may proceed with a combination of the above investments, provided that the total investment will amount up to at least €2 million.

Our company covers the whole procedure from start to finsh. Contact us for further information.

Official updated changes to the program as of August 18, 2020

In regards to the changes that have come into force regarding the requirements for Investment Citizenship in Cyprus, we hereby inform you of the final changes officially published in the Government Gazette on August 17-18, 2020.

For convenience, we present the new terms of the program in comparison with the previous ones:

1. Previously: the amount of the donation (one-time non-refundable payment) was 150,000 euros.

Now: the amount of the donation has become 200,000 euros. The investment of a minimum of 2m euros for 5 years stays as before;

2. Previously: financially dependent adult children (18 to 28 years old) who were married, could apply for citizenship under their parents’ application.

Now: if they are married, they do not qualify under the parents’ application anymore;

3. Previously: under an investor's application for citizenship, only his/her parents could apply (for an additional investment of 500,000 euros).

Now: the parents of the investor's spouse can also apply (for an additional € 500,000 investment). It is allowed for the parents of both spouses to buy one property for at least 1 million euros;

4. Previously: adult family members (children from 18 to 28 and the parents of the spouse) could apply for citizenship under the investor’s application only after the investor had been granted citizenship.

5. It is no longer allowed to create a development company and invest in own development projects in order to obtain citizenship;

6. If the applicant invests in a Cypriot company, then it must employ at least 9 citizens of Cyprus or the EU, and not 5 as before;

7. The funds relating to all investments mentioned above as well as the purchase of permanent private residence under the provisions of the regulations, shall be wired from an overseas bank account of the foreign investor or his/her company or companies and all payments for the investments in the Republic shall end up in Cypriot credit institutions or payment institutions which are licensed and supervised by the Central Bank of Cyprus (copies of the wire transfers shall be attached to the investor application). Earlier, some relaxation was allowed on this matter;

8. Previously: a police clearance certificate had to be no older than 3 months.

Now: the term has been increased to 6 months;

9. Previously: politically exposed persons should not have held public office for five years at the time of applying for citizenship.

Now: the term has been reduced to one year. This is provided that they did not occupy significant political positions (heads of states or governments, ministers or their deputies, ambassadors, mayors of cities, etc.);

10. Citizenship cannot be claimed by applicants convicted of a serious criminal offense punishable by imprisonment of five (5) years or more, or another offense of a similar severity. The implication is that, if convicted in another country, it is required that the specific crime also be considered a crime in the Republic of Cyprus, punishable by similar imprisonment;

11. Applicants who are under criminal investigation with a possible sentence of 5 years or more cannot apply for Cypriot citizenship either.

All other terms and benefits of the program remain unchanged.